Warning: Declaration of ET_WC_Product_Variable_TB_Placeholder::get_available_variations() should be compatible with WC_Product_Variable::get_available_variations($return = 'array') in /home/customer/www/leonchaitow.com/public_html/wp-content/themes/Divi/includes/builder/module/helpers/WooCommerceModules.php on line 837
 From Fiddler-on-the-Roof to Westminster University - a nostalgic history - Leon Chaitow
sashachaitow@gmail.com
0 Items

From Fiddler-on-the-Roof to Westminster University – a nostalgic history 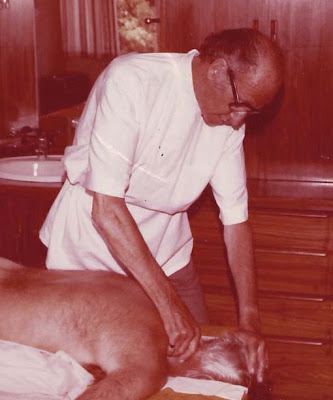 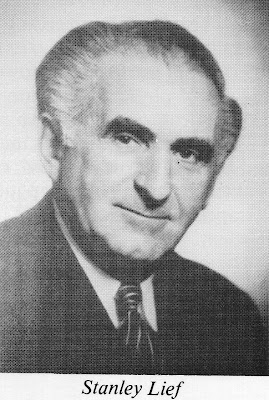 Photographs in this posting show:

My Grandfathers General Store in Pilgrim’s Rest (1915) – now a museum town,
where this building remains as a restaurant.
Those shown in the photo are (L to R)
Boris (front) and Max (my father) Chaitow,
their Mother Bertha, Father Charles,
an unidentified gold-miner

Thinking about content and topic for this particular blog posting has resulted in a feeling that might best be described as a cross between nostalgia and a sense of being compelled to offer detail of a history that is in danger of being forgotten.
Or, in regard to the feeling I have, as Golde says to Tevye in Fiddler on the Roof, “Maybe it’s indigestion”?
Now that random thought is also relevant, since Tevye’s story shows him in Eastern Europe just before the pogroms of the early 20th century forced him and his family to flee. This is just what happened to the protagonists of my nostalgic reminiscence – Stanley Lief and Boris Chaitow. Lief’s mother Riva, was the elder sister of Boris’s father. Both Stanley and Boris having been born in Latvia, reached South Africa as refugees after their parents fled the persecution that followed the abortive 1905 uprising in Russia.
But I’m getting way ahead of myself, and as I write these words I am beginning to recall just why I feel as I do, and why this posting is about what it is.

Yesterday I presented a talk to the current students on the BSc Naturopathy course, at the University of Westminster. I was talking to this lively and intelligent group about the importance of the use of physical modalities in naturopathic practice (manual therapies, hydrotherapy etc.) in order to avoid the chance of naturopathy becoming a sort of ‘green allopathy’, where there is an excessive focus on the biochemistry of the body, and insufficient awareness of, and/or attention to, the biomechanics (and the psychosocial) components of the whole person.
In doing so I gave an historical overview of how naturopathic medicine evolved in the UK, part of which involved discussion of the pioneering work of Stanley Lief ND DO, without whose inspirational life none of them would have been sitting listening to me, and without whom I would probably be a retired accountant sitting on a veranda, somewhere in the new South Africa – a graying speck in the now slightly tarnished Rainbow Nation.

In my talk I was able to trace yesterday’s mutual interaction back to a moment in time, over 100 years ago (circa 1900), when a sickly, overweight youngster, somewhere in the Eastern Transvaal, picked up a magazine ‘Physical Culture‘, which changed his life, and mine, and the lives of the class to whom I was talking.
Stanley Lief was that boy, and his Father’s country store was much the same as that of my Grandfather, Charles’ (see photograph of the store in Pilgrim’s Rest) – a cross between a general store, tobacconist, hairdressing parlour, post-office and newsagent – that dotted the gold-mining boomtowns of that era.
The magazine, published by Bernarr Macfadden, inspired Stanley sufficiently to get him to work his passage to the USA, where he studied with Macfadden (exercise, body-building, natural therapies). Over the next few years Lief also acquired naturopathic, chiropractic and osteopathic qualifications.

Just before the First World War, he found himself in Brighton, Sussex, managing Macfadden’s clinic. Lief served as an ambulance driver and fitness instructor during that conflict, and after it ended, returned to Brighton and his work. A few years later a grateful group of patients funded the purchase for him of a magnificent Rothschild manor house near Tring, Buckinghamshire – Champneys – which Lief proceeded over the next few years to turn into the most famous health resort in Europe (still operating, but with a modified therapeutic approach).

By the mid-1930s Lief was attracting patients from all over the world to Champneys, and his work inspired his cousin Boris Chaitow to give up his legal practice in South Africa, and to cross to the USA where he studied chiropractic and naturopathy in Chicago, before joining Lief at Champneys, in 1937.

By this time Stanley had started a naturopathic and osteopathic college, to which a grateful patient donated a building in Hampstead, Fraser House. This remains the entrance to what is now the British College of Osteopathic Medicine (formerly – as when I trained there in the 1950s – The British College of Naturopathy and Osteopathy).
….. and of course, without all this, the naturopathic profession in the UK would probably not exist, at least not in its established form, with the solid traditions it has evolved, and certainly without one of its’ finest gifts to the healing arts, Neuromuscular Technique (NMT).
This (NMT) manual assessment and treatment approach, developed by Lief (assisted by uncle Boris) in the 1930s, is now itself a major element of a degree course at the University of Westminster.
My role in all this was to tag along and document, promote and expand on the work that Stanley Lief and Boris Chaitow had started, and to attempt to keep the concepts they presented current and relevant – a sort of keeper-of-the-flame.

I feel better now, so perhaps the urge to document this short history in the blog was a form of (mental) indigestion after all…..