Interest in my previous posting on Thiele massage has resulted in resurrection of a posting on the same topic – chronic pelvic pain (CPP) – that was posted early in 2008 – see the text in blue, below.
Since then there has been an enormous amount of additional research, and together with Dr Ruth Jones, I have co-edited/authored the book “Chronic Pelvic Pain & Dysfunction” a textbook for therapists and practitioners (Elsevier 2012).One major shift since then has been the increasing awareness, and research, into male pelvic floor pain. This is often mis-diagnosed as being of prostate origin, when in fact it may derive directly from trigger-point activity in the pelvic floor, and abdominal and pelvic musculature. (Anderson et al 2005)
For example Prendergast & Rummer, writing in Chapter 8.2 of the Chronic pelvic pain book note that:

“Due to the varied symptoms, patients may seek the help of primary care physicians, gynaecologists, urologists, colorectal surgeons, orthopedists, neurologists and/or psychiatrists. It is reported that 85–90% of patients with CPP have musculoskeletal dysfunction that has been identified as either a primary cause of pain and dysfunction or a secondary consequence of vulvodynia, painful bladder syndrome/interstitial cystitis, chronic pelvic pain syndrome/non-bacterial chronic prostatitis, irritable bowel syndrome, pudendal neuralgia and endometriosis (Tu et al. 2006, Butrick 2009).”

Anderson (in Chapter 18 of the pelvic pain book)observes that – having ruled out pathology as a source of CPP:

“Many investigators believe that the source of pain and  dysfunction in men and women with CPP, includingchronic testicular pain, relates to chronically tensemyofascial tissue in and around the pelvic floor(Anderson et al. 2005, Berger et al. 2007, Plankenet al. 2010).
In simple and broad terms we candescribe the neuromuscular disorder as pelvic myoneuropathy.
Traditionally, the diagnosis of urologic chronic pelvic painsyndromes (UCPPS)depends upon a descriptive symptom complex.
However, it is now clear that UCPPS is multifacetedand not all patients have the same constellation
of symptoms, or respond in the same way tosingle treatment modalities. Because the pathogenic
mechanisms associated with the development ofpelvic genitourinary symptoms are unknown, it
remains difficult to explain the role of painful myofascialtissue. One of the phenotypes proposed for
UCPPS includes a domain of tenderness of skeletal muscle and this has been the focus of a growing numberof clinical research trials and publications. Arecent NIH-sponsored, multicentre study demonstratedthe feasibility of performing clinical therapeutictrials utilizing muscle and connective tissuephysiotherapy (myofascial physical therapy) to treatUCPPS (Fitzgerald et al. 2009). A comparator groupof subjects was randomized to receive total-body traditionalWestern massage with no myofascial releaseor internal pelvic therapy.
In the NIH trial the originalphysician investigators quantified the degree oftenderness in muscle groups prior to corroborationby physical therapists trained in such techniques. Aclear discrepancy existed between what physiciansscored for subjective pain on examination and whatthe physical therapists reported; physicians found28% less tenderness on their examination (P < 0.01).
Patients randomizedtothemyofascialphysical therapygroup underwent connective tissue manipulation to allbodywall tissues of the abdominalwall, back, buttocksand thighs as well as internal pelvic muscles clinicallyfound to contain connective tissue abnormalities and/
or myofascial TrP release to painful myofascial TrPs.
This was done until a texture change was noted inthe treated tissue layer. Manual techniques such as
TrP barrier release with or without active contractionor reciprocal inhibition, manual stretching of the TrPregion and myofascial release were used on the identifiedTrPs. A secondary outcome of the pilot studyrevealed good patient response to the internal andexternal myofascial physical therapy as compared togeneralized external Western massage only (57% versus28%, respectively). This form of therapy wasexpanded to a larger trial in women suffering fromIC/PBS and the results show an equally impressiveresponse to the manual physical therapy.”


Hopefully these observations by Prendergast, Rummer and Anderson add to the general information in my earlier postings? 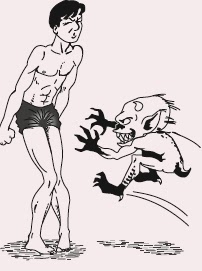 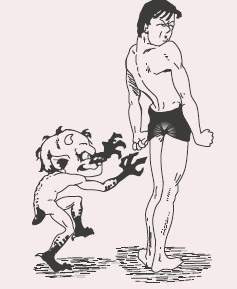 The remainer of this post is a copy of the 2008 ‘paradoxical blog:

The Tennis Ball Trick
A self-help option was offered to me by a therapist (ex-dancer) at a recent workshop. She reported she had suffered many of the symptoms outlined above, and had been instructed in Kegel exercises for her incontinence. She noted that these exercises had aggravated rather than helped her. A yoga therapist had then advised her to purchase a tennis ball and sit on it with the ball (placed on a firm surface such as a carpeted floor) strategically placed under the perineum; and to allow the pressure onto the ball to deeply relax the pelvic floor muscles for five to 10 minutes daily. She reported that this procedure was somewhat uncomfortable at first, but that the effects were dramatic in terms of her symptoms. I have since recommended this to several patients for home use and all have reported benefit.

Don’t Forget the Psychological Aspect
This is a complex story, and I don’t want to leave you with the impression that it can all be solved by a tennis ball, although this might offer symptomatic relief for many.
It’s essential to note that in many such cases of clenched pelvic floor muscles, there is a background of assault or abuse (although a great many seem to be caused by nothing more than mechanically-produced, excessive tone with a background of dance, athletics and bad Pilates). Where there is a psychosocial or psychosexual element to the condition, appropriate professional support usually is needed along with bodywork.
The information offered above should at least provide a sense of what might be happening in some patient’s bodies. Those trained in neuromuscular therapy know that aspects of this work usually are a part of that training. Information on Neuromuscular approaches is provided in Clinical Applications of Neuromuscular Techniques, Volume 2 (Chapter 11). Working on relaxation of the region (adductors, etc., as a first focus!), possibly deactivating trigger points if they are readily accessible, along with breathing rehabilitation, offer practical ways forward.
And the tennis ball trick might just be an answer for some.