Is yeast (candida) really your problem? 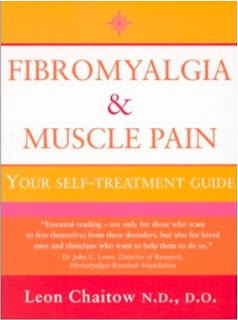 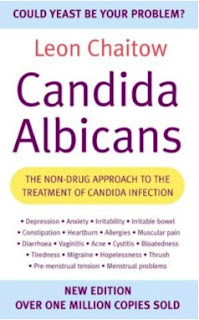 Sometime in the early 1980s I became aware of patients with problems that could be associated with yeast overgrowth (candida) in their intestinal tracts.
These were people who often suffered from a variety of apparently unrelated symptoms, including chronic fatigue, muscular aches and pains, irritable bowel problems, bloating, sleep disturbances and often much more, including feelings of depression and hopelessness.
The patients I was seeing frequently had histories that included overuse of antibiotics, and other medications (such as steroids) that actively suppressed the presence and function of the normal inhabitants of the bowel, the beneficial (‘friendly’) bacteria, particularly L.acidophilus (who live in the small intestine) and the Bifidobacteria (main inhabitants of the large intestine).
This was a time when the strange new (?) disease, known in the UK as ME (myalgic encephelomyelitis) was emerging as a topic in the media, with very strong opinions being vented for and against the existence of this, as a distinct medical condition.
All I knew, as an osteopath/naturopath was that I was being consulted by an increasing number of people with this collection of symptoms, and there was not a great deal of information available to explain what was going on.
Those most affected were women – often quite young women – and because, amongst the many symptoms they discussed, recurrent or constant thrush was frequently an issue, the candida (yeast) link seemed to be a common thread.
By looking into the backgrounds of the development of their symptoms other common features often emerged – many were on ‘the pill’ (a steroid medication that suppresses normal gut flora); a great many had history of high usage of antibiotics – often for recurrent ear, nose throat infections, or for acne…… while another common factor was a tendency to incorporate a high sugar intake in their diets…… and as anyone who makes bread or beer knows – yeasts of all sorts love sugar.
There was little else for me to go on, in terms of what to suggest as a therapeutic intervention approach, apart from paying attention to these features, so a treatment protocol was developed that aimed at a number of simultaneous objectives :
1. Inhibit and destroy excessive yeast in the gut – using natural products such as oregano oil, garlic and caprylic acid (extracted from the coconut plant)
2. Starve the yeast of its high sugar intake via sensible eating habits
3. Replenish the beneficial bacteria – using carefully selected probiotics
4. Encourage a wholesome diet to restore the ecology of the digestive tract
….. and of course, reduce or avoid medications that had encouraged the whole process in the first place.
These integrated symbiotic strategies had remarkably effective results – as over a period of 2 to 3 months most patients saw their health improve dramatically.
During this period I read and studied as much as I could on the various theories that were emerging to explain the phenomenon of ME (also known as chronic fatigue syndrome CFS), and the other ‘new’ – very similar – condition which was labeled as fibromyalgia.
As the information mountain grew I decided to help to clarify for myself what was valid, what was fantasy, what worked in terms of treatment, and above all what to advise patients …. by writing a book about it all.
In due course this became several books, but the very first one was a small text “Candida Albicans – Could Yeast be Your Problem?”, first published in 1985.
It sold amazingly well – and is now in its 3rd expanded edition – presently titled:“Candida Albicans: The Non-drug Approach to the Treatment of Candida Infection”
(note – in the USA it is still known by it’s earlier title)

So why have I given this blog posting the title of : ‘Is yeast (candida) really your problem?’ ?
Well, for all the undoubted good the book has done for many thousands of people (I know because of the letters and the comments I get), it has also confused some, by offering a focus which is just not accurate in every case.
It is, for example, quite possible to have IBS, and fatigue, and muscle pain, even if there is also concurrent thrush, without candida being the underlying cause.
All of these symptoms, even when they occur together, may have quite different causes, and spending time and effort – and money – trying to get better by following the guidelines in my book may represent time, effort and money unwisely spent.
Some of my later books, including Fibromyalgia & Muscle Pain, expand on the numerous other causes that these conditions may result from.

So, my strong suggestion for anyone with a cluster of symptoms that suggests that yeast (candida) may be a cause, is that they should consult a health care professional who understands these conditions.
A stool analysis can often show clearly and unequivocally whether there is a high level of yeast in the gut, and what levels of beneficial bacteria are present.
That’s the time to introduce an anti-candida protocol – such as is outlined in these books – not just when you think it might be the case.

Postscript: I recall with amusement my usually very astute father discussing with me the candida book title – and his (for him) very wide of the mark observation: ‘with a title such as candida albicans it wont find much of a market.’ In fact it has achieved sales that exceed those of all my other books put together. In truth though I’ve been pretty inaccurate myself in guessing, ahead of time, which books would do well and which wouldn’t.
The public response to new books is impossibly difficult to estimate in advance, which is why publishers put out so many titles that simply languish – which is hardly their (or the author’s) intent!