Is osteopathy (in the UK) losing its’ soul? 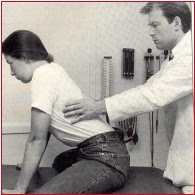 When I trained as an osteopath at what is now the British College of Osteopathic Medicine
We were also taught methods and techniques that could be applied in treatment of common biomechanical problems – tennis elbow, stiff necks, back ache etc….however these were seen
to be only of relative importance in the hierarchy of what osteopaths did.
Primarily we were supposed to enhance health – and because BCOM was then named The British College of Naturopathy & Osteopathy (BCNO), we were taught that by focusing on normalising – as best possible – the framework of the body, the musculoskeletal system, we could positively influence the health of the patient.
Of course lifestyle, nutritional, stress management and psychological aspects of health enhancement were also central to the training being offered.
Indeed for many years – starting back then in the late 1950’s when I was at BCNO (graduated 1960) – my sense has been that osteopathic methods represented the structural element in total health care (with the biochemical and psychological aspects covered by the naturopathic aspects of my training).
….and so, for the past 48+ years, this is how I have practised, with osteopathy supporting the broader focus that this training gave me.
I have never believed osteopathy to be a form of musculoskeletal medicine, designed to deal with strains, sprains, joint and muscle problems, i.e. another version of physiotherapy.
And yet, that seems to be what has happened to osteopathy – which has become a virtual biomechanical repair profession, where talk of enhancing general health via osteopathy, or of actually treating people with serious health conditions, using osteopathic approaches, is frowned on by both the regulators of the profession, and those who are teaching the next generation of practitioners.

Is there any evidence that osteopathic methods can enhance general health?
You bet!

This was brought home to me when I read a 2008 paper by Hruby and Hoffman – which I heartily recommend that sceptics should read!
I will summarise a few studies that show what’s possible – and then you can decide for yourself.

1/ What evidence is there for general health benefits resulting from non-specific osteopathic methods?
Osteopaths Clark & McCombs (2006) observe that the natural post-surgical sequelae of the cumulative insults to physiology:
“are seen daily in every hospital in America: atelectasis, ileus and venous stasis (edema, deep venous thrombosis, skin ulcerations).
Allopathic medicine offers incentive spirometry, early ambulation, continuous passive motion equipment, anticoagulation drugs & skilled nursing to counteract the effects described.”They suggest that early intervention with physical (osteopathic) strategies may avert or reduce such adverse outcomes by:
1) Restoring the cranial rhythmic impulse to its full rate and excursion
2) Restoring ventilation to full capacity
3) Maintaining and/or restore peristalsis
4) Restoring the third space fluid (lymph) to circulation.
They suggest that a various techniques can be used for each of these four goals, and that some of the techniques overlap and meet multiple goals.
They base their opinion, partially on an earlier study by Sleszynski & Kelso (1993)

2/ Post operative atelectasis
A study by Sleszynski & Kelso (1993) compared osteopathic thoracic pump technique to incentive spirometry techniques, in the prevention of post-operative atelectasis.
Thoracic pump (see photograph above)was used twice daily, while spirometry was used three to four times a day.
Both treatments were effective in reducing atelectasis from a 50 percent occurrence rate to a 5 percent occurrence rate; however the manual methods achieved the result with half the number of treatments, and patients’ recovery, as measured by pulmonary function tests, occurred more rapidly.

4/ Manual methods and pancreatitis
Radjieski et al (1998) conducted a randomized controlled study that demonstrated that in cases of pancreatitis, length of hospital stay was reduced by about one half when OMT, involving 10 to 20 minutes daily of a standardized protocol, using myofascial release, soft tissue, and strain-counterstrain techniques was given, together with standard medical care. Patients who received OMT averaged significantly fewer days in the hospital before discharge (mean reduction, 3.5 days) than control subjects

So the evidence exists – and there is much more of the same available – not only from osteopathy, but also from chiropractic and massage therapy
Osteopaths in the UK are in danger of losing the plot, I fear – it’s a different story in the USA (where ALL of the research quoted above took place), as well as in Germany, France, and other European countries where osteopathy is rapidly expanding.
Shame!
(P