End of summer – reflecting on what’s new and exciting? 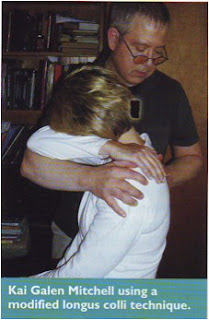 ….the summer slipped away so quickly and I am using this posting to reflect on the high points – as well as some specific aspects of it.

It’s been a very productive 3 months, cocooned in our Corfu paradise, working on revisions, as well as editing the Journal of Bodywork & Movement Therapies (JBMT), and starting work on chapters for 2 new books that I am co-editing (more about these below).

To be sure revisions continue unabated.

During the summer I completed the 3rd edition revisions for Palpation & Assessment Skills, as well as Modern Neuromuscular Techniques, and Fibromyalgia Syndrome – A Practitioner’s Guide to Treatment.

I am now working on revising, for its’ second edition, Clinical Applications of Neuromuscular Techniques, Volume 2, Lower Body (CANMT), with chapters whizzing back and forth between my co-author Judith DeLany and myself (Florida to Corfu and back, in a nanosecond!).

The new editions will be published either later this year, or early next – although the CANMT 2nd edition won’t appear until the end of 2010.

New work in progress involves 2 multi-authored texts that I am coediting, one is on Chronic Pelvic Pain and the other on Fascia…..more about these in future blogs, as the work unfolds.

Revision demands the tedious requirement of re-reading everything I/we had written 5 or 6 years back (and CANMT is well over 500 pages long), looking for ways of updating text – and references….as well as adding new ideas, methods, evidence….and often new chapters contributed by experts on the particular topic.

Working approximately 10 hours a day, seven days a week, throughout the summer, has allowed this mountain of work to be completed on schedule.

This work rate is only possible for me because of the warm and loving environment created by my remarkable wife Alkmini, who manages everything – allowing my work-time to meld with time in the enchanting garden she has created, so that periods of leisure, walking, swimming, reading, fruit picking, dog-walking – interweave with the writing.

The other magic ingredient is my 2 hour siesta every afternoon….necessary when the work day starts at 4am, or thereabouts.

An exciting aspect of the process of revision and editing comes when new information emerges from data searches or contributed work – and a few such nuggets are described below.

Revising powerpoint slides for the series of conference presentations, and courses, that lie ahead over the next few months, is another part of the continuous process of keeping abreast of new developments in manual therapy and associated topics…..and there’s more on this below as well.

The real crowning glory of this summer however – for me – has been watching the blossoming of my remarkable daughter’s talents.

Having completed her Masters degree, in Western Esotericism, at Exeter University, last year (we attended her graduation in January) she has since then been lecturing (Athens and Strasbourg), organising a conference (University of Indianapolis, November 6/7 – see details on this link) in Athens – as well as preparing for an exhibition of her art, to coincide with the conference.

Sasha spent 3 weeks of August with us in Corfu, settling down to paint in the garden around 11pm…and finishing as the sun rose (as did I) between 4 and 5am…..she would then sleep till early afternoon, swim or socialize, then once more paint all night, in the company of troops of fat dormice, scavenging our great oak trees for acorns and bugs.

Apparently a steady stream of half-eaten acorns rained down all night – sometimes onto her, and sometimes plopping into the swimming pool.

I am posting just one example of her production, above – Hermes.

For more you need to visit her site……or find her on facebook, or come to Athens in November.

So what exciting new information emerged this summer?

“Treating joint motion restriction, as if the cause were tight muscle, is one approach that makes possible restoration of normal joint motion. Regardless of the cause of restriction, MET treatment based on a ‘short muscle’ paradigm is usually completely effective in eliminating blockage and restoring normal range of motion, even when the blockage is due to non-muscular factors”

Now this is how I have worked for many years…but to have this sanctioned by one of the fountainheads of MET was reassuring.

2/ Mitchell also reported that Karel Lewit, the renowned Czech physician had modified early MET approaches, by showing that, “because segmental vertebral motions are coupled, if normal ROM can be restored [to a restricted spinal segment] in the coronal plane, normal motion will be restored in the other planes. Simplistically this means that a flexion, side-bending rotation restriction, taken to its’ end of range, may be effectively released by using a light isometric contraction, in just one of those planes, side-flexion for example. This concept has been shown to be valid in recent studies, for example by Lenehan et al (2003)

3/ The association between manual treatment methods and the release in the body of analgesic and euphoria inducing chemicals, such as the endocannabinoids, has helped to explain much about the almost instant effects of some modalities. In this regard John McPartland’s papers (2004)have been invaluable.

4/ How long should soft tissues be stretched to achieve optimal mobility? I have long taught a 30 second period of stretch, particularly where the tissues are indurated, fibrosed. Smith & Fryer (2008) decided to test the validity of this advice, compared with that offered by Philip Greenman DO – of a 5 second stretch……and guess what – both stretches (30 second and 5 second) appear to produce the same benefit!

“Both techniques appeared to be equally effective in increasing hamstring extensibility, and there appeared to be sustained improvement one week following the initial treatment. The findings suggest that altering the duration of the passive stretch component does not have a significant impact on the efficacy of MET for short-term increases in muscle extensibility”…. “both these post-isometric techniques were superior to passive stretching in this group of subjects” … I will nevertheless cling to the longer stretch suggestion in my teaching/writing because the study involved asymptomatic individuals…and real-life usually involves individuals with both symptoms and associated soft tissue changes.

5/ Among the most interesting ideas that emerged this summer was the possible link between ligamentous responses to compression, and the effects of facilitated aspects of Strain/counterstrain.

Solomonow (2008) has reported that “Evidence supports the possibility that ligamento-muscular reflexes have inhibitory effects on muscles associated with that joint – inhibiting muscles that destabilize the joint or increasing antagonist co-activation to stabilize the joint…….Ligaments are functional (effective) under tension, or when stretched, and completely non-functional in compression or when shortened below their resting length.”

…and now for the rest of the year….